Ann Sieben, the “Winter Pilgrim,” has been a life-dedicated mendicant pilgrim since 2007. A mendicant pilgrim is one who travels on foot along ancient paths to significant destinations. She carries nothing of material value; no money, cell phone, camera, GPS unit, nothing anyone would be tempted to steal. Her pilgrim days are divided in two parts. One part is communing with nature, sensitive to the world surrounding her, as she walks village to village. The other part is communing with humanity; engaging with people and their communities to take care of her basic needs, like food and shelter. In these daily acts she is actively building trust in the world which is the foundation of peace.

A recent news article sums up, “The 52-year-old gave up a career in nuclear engineering to take long journeys on foot to holy destinations. In the 9 years that she’s been a pilgrim, she has walked in 44 countries.”

Ann began her journey as a touristic pilgrim with a taste for adventure. Slowly, she evolved into a spiritual pilgrim when she began to rely on humanity more and more. “Over the pilgrimages,” she says, “I went from the spiritual side, the Catholic side, not being very important, to now where the Catholic side is very important. The adventure part, it’s there and it’s fun, it is adventurous to cross through a river and see a crocodile, but the meaning of the pilgrimages has become Catholic.” “As a Catholic person I have faith in God, of course,” she says, “but to have faith in humanity — it was a beautiful transition.”

Ultimately, she progressed further, becoming a servant pilgrim — one who serves humanity not only by loving her neighbor as herself, but also by actively loving her enemies as well, and thereby building trust and establishing peace. As she beautifully recounts, “I have been with narco-traffickers in the Mexican desert; religious extremists in North Africa and elsewhere; Marxists in high country of Peru; wife beaters and family abusers in many different countries. They’ve all hosted me for an evening. For those nights, those moments, those evenings, there was peace.” 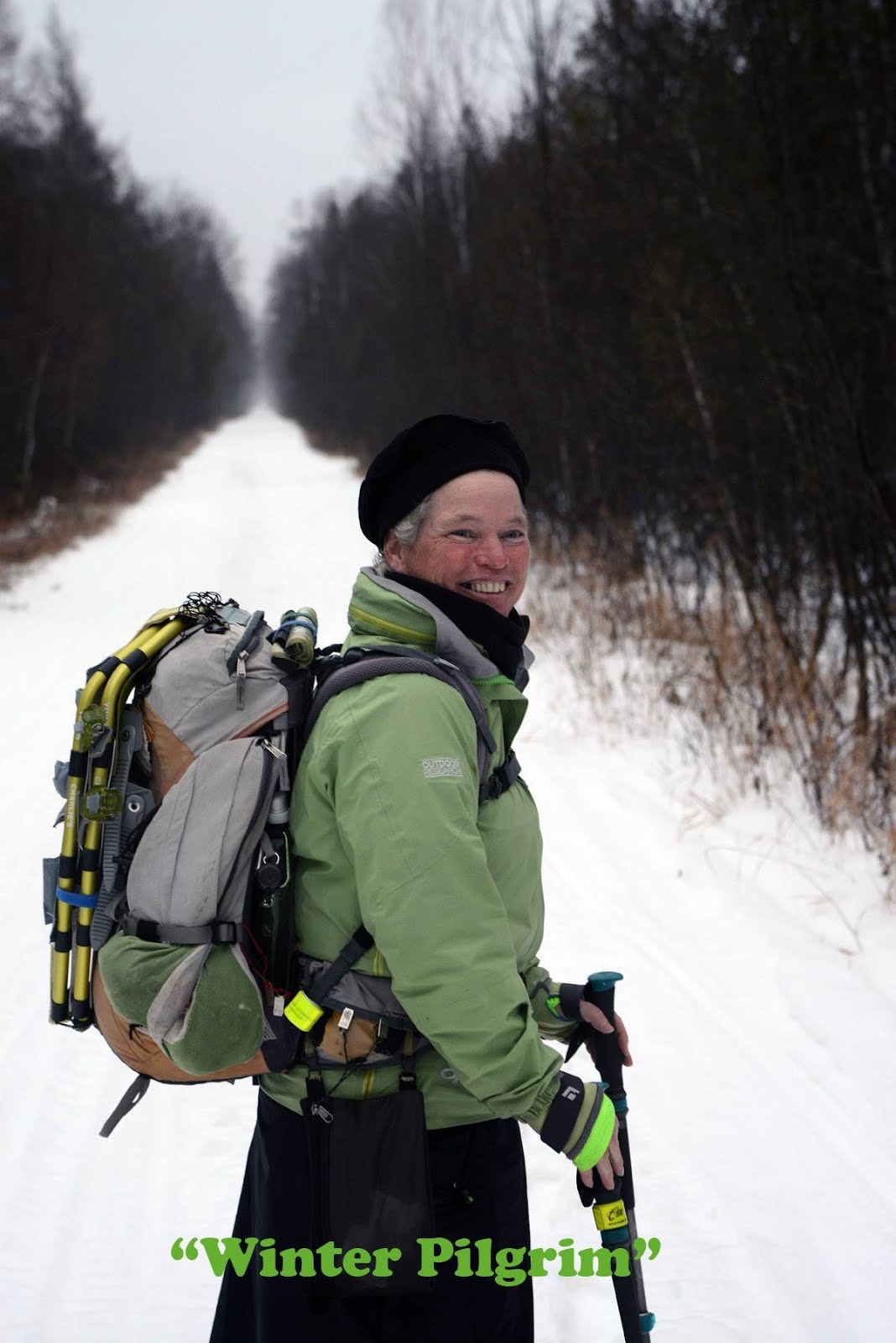 Amid connecting and building trust with faces of humanity in all languages, skin tones, and cultures, Ann’s pilgrimages cultivate not only a faith in the human spirit, but also, an inner resilience and humility. Part of this search manifests in her not carrying money. She reflects, “To go with no money is just a whole different experience, to build trust, the trust when somebody invites you into their home. That trust is the foundation of peace. So that’s very important for me. To fall back into the arms of humanity and know that somebody will catch you and no harm will come to you. That’s what I do as a pilgrim.”

In her most recent pilgrimage, she left Denver, Colorado (her base when she’s in the U.S. and not on a pilgrimage) in November to trek more than 2,000 miles, from Colorado to the Shrine of Sainte-Anne-de-Beaupré in Quebec, Canada by Easter this past March 2016. With little more than the clothes on her back, including her bright green jacket for visibility, she walks with a handful of items in a small pack, and has received the countless hospitality of strangers-turned-family.

“People are good,” she reminds us. “It’s universal, simple, fundamental.”

For the most up-to-date whereabouts and reflections subscribe to the Society’s newsletter below or follow her whereabouts on her personal blog.