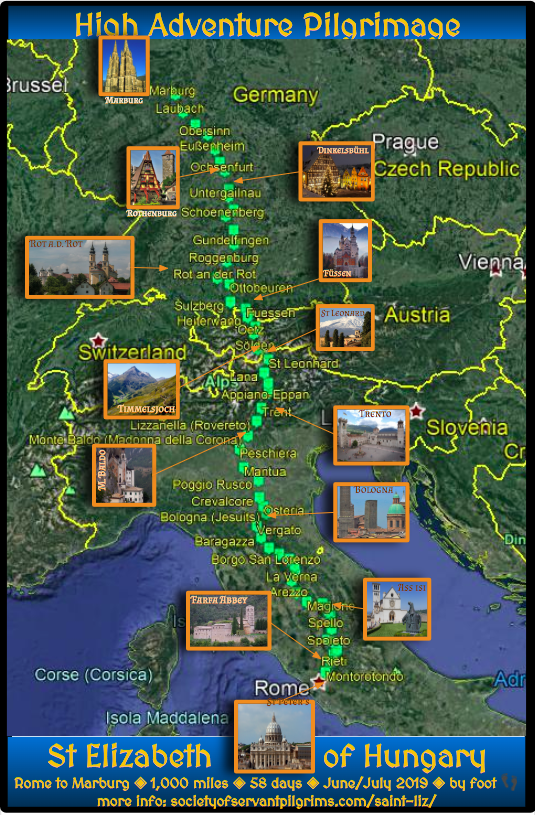 Included on this page:

-How to Join The Pilgrimage 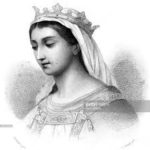 The parish church on the Auraria Campus in Denver is dedicated to St Elizabeth of Hungary, a remarkable young woman of royal lineage, noble deeds, and pious service in the middle of the 13th century.  Known more commonly in Europe today as St Elizabeth of Thüringen, she died at the age of 24 in Marburg, Germany in the region of Thüringia. Despite the brevity of her life, she accomplished a great deal:  born a princess of the Kingdom of Hungary, she married Louis, a young Count in Germany, at 14, and in the six years of their happy, reverential marriage, had three children. After he died en route to the Crusades, she embraced a Franciscan spirituality – and Francis was alive in Assisi at the time – living a simple, charitable lifestyle.  She built the Franciscan hospital in Marburg and devoted herself entirely to the care of the sick, especially to those afflicted with loathsome diseases. Her health declined during the service to the poor, and her great popularity prompted her canonization four years after her death. Her example and legacy continues to this day through the Sisters of St Elizabeth religious community of care-givers situated around the world. 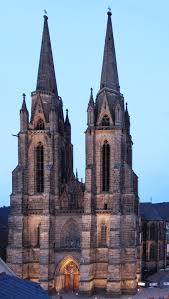 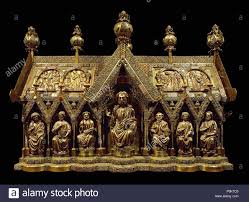 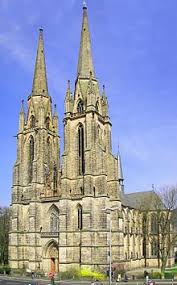 The definition of pilgrimage is something that can be discussed and argued ad nauseam, and no doubt has since the first pilgrim roamed the earth and encountered another pilgrim. Without inciting offense, let’s put forth a statement that a pilgrimage is a spiritual journey to a specific destination, with the implication that the destination is of sacred importance to the pilgrim. To wander without a destination is a journey left to the vagabond.  A pilgrimage is a time for personal contemplation during the daily walk and apostolic encounters with host communities in the evenings.

Readiness for a successful pilgrimage requires three elements: conversion of the heart, a commitment focused on the pilgrim destination sufficient to carry the pilgrim through the accompanying sacrifices, such as in comfort, access, and personal desires during the progressive days; and an openness to transformation, allowing the spirit take hold. 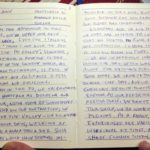 The pilgrim paradigm for this pilgrimage, like on the Camino de Santiago, involves walking during the day from one interim destination to the next, progressively toward the final destination.  Pilgrims carry their necessities on their back – there is no sag wagon. Minimizing their luggage includes wearing one set of clothes and carrying another set, washing first layers by hand every night, letting it dry by morning.  Walking is typically alone or with another or two, but not as an escorted scrum – each at his own pace. Pilgrims will be informed of the day’s goal and how to get there every morning around 7, and comfortable with the knowledge before setting out.  In general, pilgrims regroup at the destination around 5 in the afternoon. No pilgrim will be left behind. A pilgrim’s summer backpack will be typically around 15 pounds.

For comfort and logistics, pilgrims can optionally carry mobile phones, but experience demonstrates that wifi is available in larger towns and some parish halls, though not everywhere.  US-based cellphones would need a national simcard for each country visited

(Italy, Austria, Germany); however, wifi and text messaging or communication apps require no system modifications.  GoogleMaps in the regions of the pilgrimage marks even footpaths and is a handy and comforting accessory to pilgrims, but not required. Paper maps are available. It’s possible to be an unplugged pilgrim; it’s fine to be a minimally modern pilgrim connected for navigation.

For the most part, accommodation will be in parish halls of Catholic churches or in monasteries or convents.  Either way, the standard (and traditional) pilgrim expectation is floor space in an open room. For this reason, sleeping pads and a sheet and light blanket (or light sleeping bag) are recommended on the equipment list.  Sometimes, sofas or cushions are available; occasionally, cherished beds in private rooms are offered. Showers will not be available every day, but certainly there will be hot water for washing and [hand]laundry. Where the opportunity exists for overnighting in a monastery, vespers, complines, laudes and Mass are generally open to the participation of pilgrims.  This inclusion is often a unique perk for pilgrims – not available to general tourists. Sacred art, architecture, and access to interior spaces is a special part of the pilgrim experience.

There is a strong understanding in modern Europe of standard pilgrim needs.  A typical day would be to have a breakfast where we sleep, pack some ‘pocket’ food for snacking and lunch on the go, and have a dinner in the parish hall kitchen or in the monastery.  There will be some opportunities for dining out, though the per pilgrim cost would be high and a luxury. Pooled money and a home-cooked meal is more standard for a pilgrim group. So long is the pilgrims tradition that pilgrims will not go hungry in Europe!

The pilgrim route is slated to begin with Holy Mass at the Vatican.  It will continue daily taking 58 days, with an average of about 17 miles per day.  The typical human with a backpack can walk at a rate of 3 miles per hour. There will be about 6 hours of walking during 16 hours of daylight.  Some regions are mountainous; some flat. The route could be considered a bit ‘rugged’ but any healthy, young person shouldn’t be physically taxed by the walk, which will be on small paved roads or footpaths.  There will be little walking on busy paved roads. Below is an interactive map that you can explore the route further.

Tentatively, the pilgrimage is scheduled for June and July 2019.  Under normal conditions, US-passport holders get a 90-day visitors visa upon arrival in the European countries that are signatories to the Schengen agreement – inclusive of Italy, Austria, and Germany.  Therefore, pilgrims participating in this pilgrimage will not have to apply for a visa extension. If any pilgrim wishes to stay longer than 90 days in total, the situation can become complicated; however, up to 38 days for personal travel before the pilgrimage begins and after the pilgrimage ends will fall within the visa allotment.

If you have questions or would like to join the pilgrimage feel free to call Ann in Denver, CO at 267-939-0793 or email societyofservantpilgrims@gmail.com. She will be responding up until she goes on her next pilgrimage on 10/20/18 after which a volunteer will be answering questions.